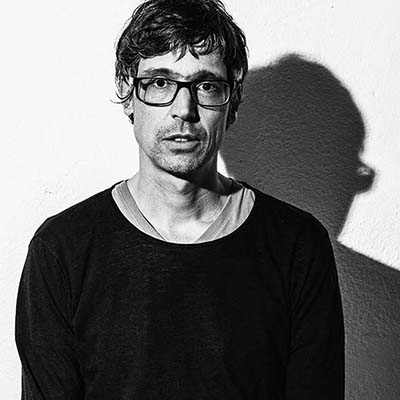 Oli Rubow uniquely combines the repetitive and cool sound aesthetics of German club culture with his very own human touch and the soul of jazz and soul! He moves passionately between the different electronic styles of DJ and club culture and today is equally enthusiastic about the aesthetics of electrified beats and handmade improvised music. In addition to his many years of collaboration with bass legend Hellmut Hattler and the lounge pioneers of De Phazz, he has also made guest appearances with Turntablerocker, Fantastischen Vier, Henrik Schwarz and Jazzanova.

Rubow, who has been playing drums since the age of ten, completed the pop course in Hamburg (1993) after graduating from music school in 1991. Since the end of the 1990s he has been intensively engaged in the rhythm aesthetics of electronic and programmed genres. He dedicates himself to the task of implementing the rhythmic charm of DJ culture on drums, i.e. realising grooves in the stage situation that were originally programmed.

For this purpose, the acoustic drums are either prepared or extended by various types of electronics (sequencers, computers, e-drums, effect devices). In addition, the rhythm design is oriented beyond the pattern to the formative means of production (e.g. drum computers and sampling CDs), to the studio technical tricks of the producers, as well as to the DJ’s working methods (e.g. club-suitable suspense curve).

Rubow’s textbook on these topics (e-Beats on Drumset) was published in 2007 along with an accompanying weblog. He also works as a workshop author for the German drum magazine drums&percussion.