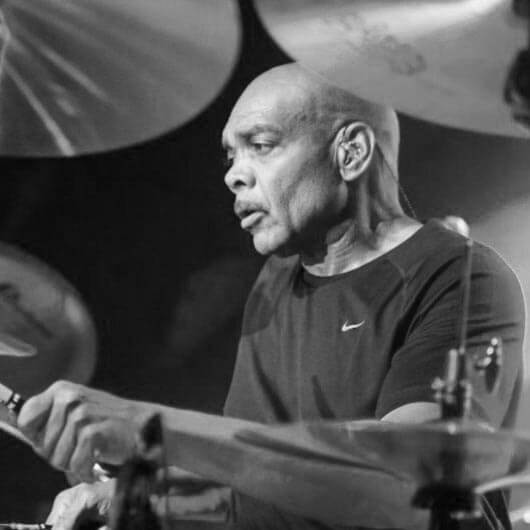 Brown began playing drums at the age of five, later performed with soul groups and played in high school with bassist John Lee, with whom he attended the music academy in 1970. In 1971 he moved to New York, where he played with Lionel Hampton. In 1972 he moved with Lee to the Netherlands to join Chris Hinze’s rock jazz group. With bassist John Lee as co-leader, he recorded Infinite Jones in 1973, followed by Mango Sunrise in 1975, Still Can’t Say Enough in 1976 and Chaser in 1979. In the mid-1970s he also worked with Lee for Jasper van’t Hof, Toto Blanke, Charlie Mariano, Eef Albers and Gary Bartz. Afterwards they were members of Larry Coryell’s Eleventh House for two years; Brown also played for Stanley Clarke and Chick Corea. At the Montreux Jazz Festival in 1979 he accompanied Didier Lockwood.

Brown settled in Berlin for some time in 1982 and worked with George Gruntz, Joachim Kühn and Chris Beckers until his return to the United States, but also with Herb Geller, Anne Haigis and Kraan. In 1986 he succeeded Billy Cobham at Consortium. In the 1990s Brown was part of Stevie Wonder’s band; then he accompanied Oscar Brown, Jr.