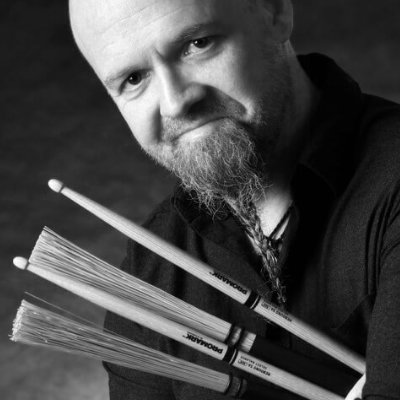 In the meantime, Claus is regarded as an institution for Moeller technology and in many places is regarded as a “legitimate Chapin successor”. Besides “Moeller”, he is considered the protagonist of OPEN-HANDED PLAYING and shared the stage with JoJo Mayer, Johnny Rabb, Alex Acuna, Steve Smith, Pete Lockett, Luis Conte or David Garibaldi and received standing ovations at the renowned PASIC Indianapolis. His international book publications have received several Best Educational Book awards, as well as Claus himself being nominated Best Educator | Clinician by Modern Drummer Magazine. His trademark is his individual style of astonishing technical abilities, ostinatio-oriented playing and great stylistic range, which manages the balancing act between craft and music and always sounds like something more than “just” drums. In addition to his current band FLUX, he has worked live and in the studio with international stars of the music scene.