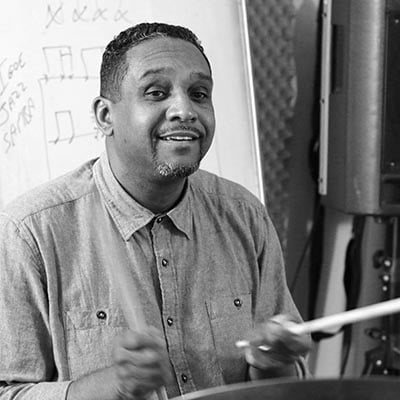 Ronnie Burrage had his debut as a jazz musician at the age of 9 when Duke Ellington invited him on stage to accompany him at a concert. He later performed with legendary artists such as Frank Morgan and Pat Metheny and throughout his life has given concerts in numerous formations on all continents of the world. Ronnie Burrage lives in Brooklyn, New York and teaches at Westbury College in New York.