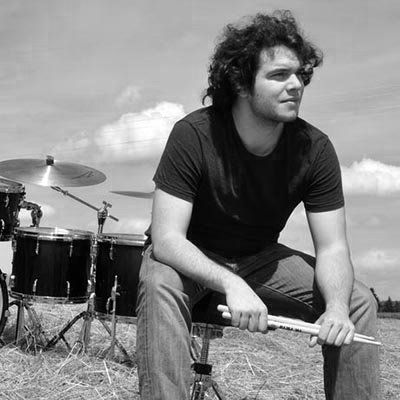 Florian (born 1989) moved from Augsburg to Berlin in 2013 to complete the “professional training” at the Drumtrainer. Previously he had lessons with various teachers (including Claus Hessler and Thomas Dessau) and several years at the Downtown Music Institute in Augsburg and Drummer’s Focus in Munich. In addition to his work as a drummer in various bands (including tours through Germany, Italy and Switzerland), he also teaches drums at several music schools in Berlin. But he is not only good at playing drums. He also plays guitar and runs studios in the Berlin music scene.