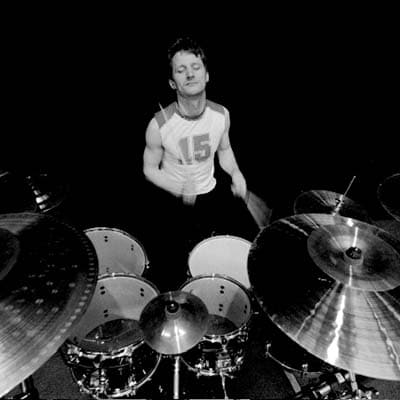 He is the winner of the Jazz-Studio Project, awarded by the Senate Department for Cultural Affairs in Berlin.
David was the drummer for Subway to Sally, with over 500 performances in Europe and America, and was nominated for the “Echo”.
Since 2004 he is drummer/percussionist for the BLUE MAN Group.
Since 2010 he is also self-employed with the drum trio project PlaymoBEAT.

Currently he is drummer for LETZTE INSTANZ.